AtlantaBridal is the longest running local resource of its kind in the Atlanta area. Always evolving, the site has enjoyed 21 years of helping local couples find the best local wedding vendors for their weddings in Georgia.

Lei Lydle started her Internet consulting business in 1997. The company was a side venture to help small businesses while Lei was employed full-time at Ernst & Young, LLC - a "Big Six" firm that primarily consulted with larger corporations.

In February of 1998, Lei launched her first online wedding planning Web site, AtlantaBridal, while planning her own wedding in Atlanta. At the time, few, if any, local wedding web sites existed (anywhere) so Lei decided to create one for Atlanta. She wrote about her own wedding planning experience and published her research on local wedding vendors - it was her hobby and a blog of sorts before the term "blog" existed in the mainstream.

During this time, Lei left Ernst & Young to go and work as a Web Developer for a large agency, iXL, Inc. While working at iXL, Lei worked as a consultant for BellSouth, Delta Airlines, Chase Manhattan Bank, and WebMD to name a few. Lei developed an early expertise in information architecture for the Web and mastered the online marketing techniques of the time.

AtlantaBridal.com gained popularity quickly as it was one of a kind. Hundreds of brides were using the site in the first year...

Over 20 years later, AtlantaBridal is still highly popular in the Atlanta area. The Atlanta wedding site receives an average of 15,000 visitors per month and is the most popular site for Atlanta area brides. Since launching AtlantaBridal in 1998, Lei has launched and sold several other wedding planning platforms but decided not to sell AtlantaBridal because she loved the site so much as her first "baby" and technology play.

Lei’s experience has garnered her national attention as both an entrepreneur and a wedding industry expert.

In the Fall of 2015, Lei was invited to share her wedding expertise on the live national CNN Headline News’ show called The Daily Share. You can see that clip here.

In 2014, Lei was interviewed by Marie Grace Berg for the popular podcast, “Today’s Leading Women”. You can hear that interview here.

In 2013, Lei was asked to speak at the Wedding Market Expo in Atlanta. Lei taught a lunch and learn on mobile and was a panel expert during the event.

Also in 2011, Lei was a panel expert at the Inspire Smart Success Experience Seminar in Atlanta hosted by Stacie Francombe, best known as the founder of Get Married. 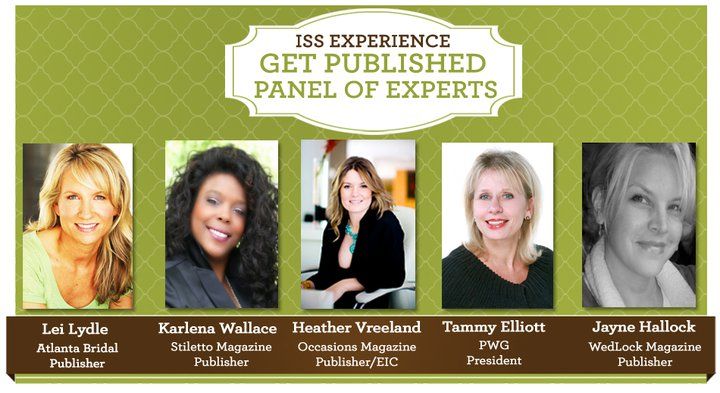 In 2005, 2006, 2007, 2008, 2009 and 2010 Founder Lei Lydle served as Chairman of the Brides Against Breast Cancer Charity Wedding Gown sale in Atlanta. The efforts of her staff and her team of volunteers along with the Making Memories Foundation has resulted in over 600 gown donations from bridal stores and individuals in Atlanta and over $200,000 in cash from the sale of previously donated gowns.

In November 2004, Lei spoke at the Association of Bridal Consultants National Convention on the topic of marketing through the Internet to today's technologically savvy brides. Her breakout course was extremely popular and she has been asked to speak at various industry events and meetings as a result of that class. Since then, Lei has been asked to speak at numerous wedding industry events and educational seminars every year.